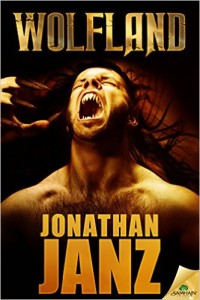 The latest release from Jonathan Janz, one of the genre’s most consistent authors of horror fiction in the last few years, comes Wolf Land, a deep dive into classic werewolf lore. Though modern and utilizing new ideas, the book fits squarely into the generally accepted mythology of the werewolf. There are only a few likeable characters, though there are more than a few unlikable characters, and this plays out well as the story moves along. ‘Likeable’ and ‘werewolf’ are not two identifiers that usually go well together. These are brutal werewolves, driven by violence and other sins and negative emotions. The only criticism with the book is something that is just as easily a positive for some, in that the action is dense and constant and certain sequences go on for quite a while, arguably too long.

Starting in 1202 and moving ahead to 1883, the prologue tells the story of the beautiful Antonov sisters and their eventual journey to the United States. From there the narrative jumps ahead to the present with a group of friends and former high school classmates preparing for their ten-year reunion. At an informal gathering a week before the proper reunion things go horribly wrong. A bonfire party in the woods becomes a slaughter when a werewolf attacks the party-goers, leaving many dead, numerous wounded and a few transforming to werewolves themselves. Who becomes a monster and who doesn’t, who can control their animal urges and who remains a fragile human are the elements that drive the rest of the story forward.

The characters are very genuine and well rendered. While almost all of the players are not likeable, there are a few that are very much people the reader will want to cheer for. And likability isn’t the metric for creating successful character, one could argue, but whether or not the reader cares what happens to the character, good or bad. With complex characters like Savannah, Weezer, Joyce, Glenn, Melody and Short Pump, the reader will want each character to face a specific outcome, be it happily-ever-after or violent evisceration.

Jonathan Janz is a talented writer whose prose stands out among his peers in any genre and that ability is on display in Wolf Land. It is always a pleasant, easy and intelligently written work that shows an impressive ability to convey scenes of action and chaos. Some may find that the action scenes occasionally last longer than they should, but even the lengthy scenes are a joy to read. This work is lighter on dialogue than much of the author’s prior work, which is disappointing, but when dealing with werewolves dialogue is naturally not going to be plentiful.

The climactic battle is set in a local amusement park called Beach Land. Blood splatters from roller coaster to water park, heads roll from the Roof nightclub to the haunted attraction The Devil’s Lair, and werewolf mayhem never lets up in this success of a gore-fest.