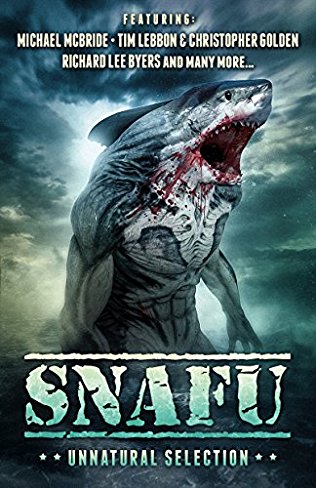 Byers is at the top of his game, and that’s the flaw – there are no bad stories in the collection, but when you’re sharing space with some of the top writers in the field, good solid story telling pales against great story tellers. “The Weavers in Darkness” by James A. Moore and Charles R. Rutledge, taking what could have been a perfectly good SWAT team versus giant spiders and making it great by adding a little nod to Clark Ashton Smith’s Lovecraftian god Atlach-Nacha.

I suspect some readers may consider the horror coming across as secondary to the military component in most stories to be an issue. And SNAFU: Unnatural Selection is more military than horror, but that’s the concept of the series, and if your idea of a good time is reading about big guns blowing away big ugly monsters, this is your book.