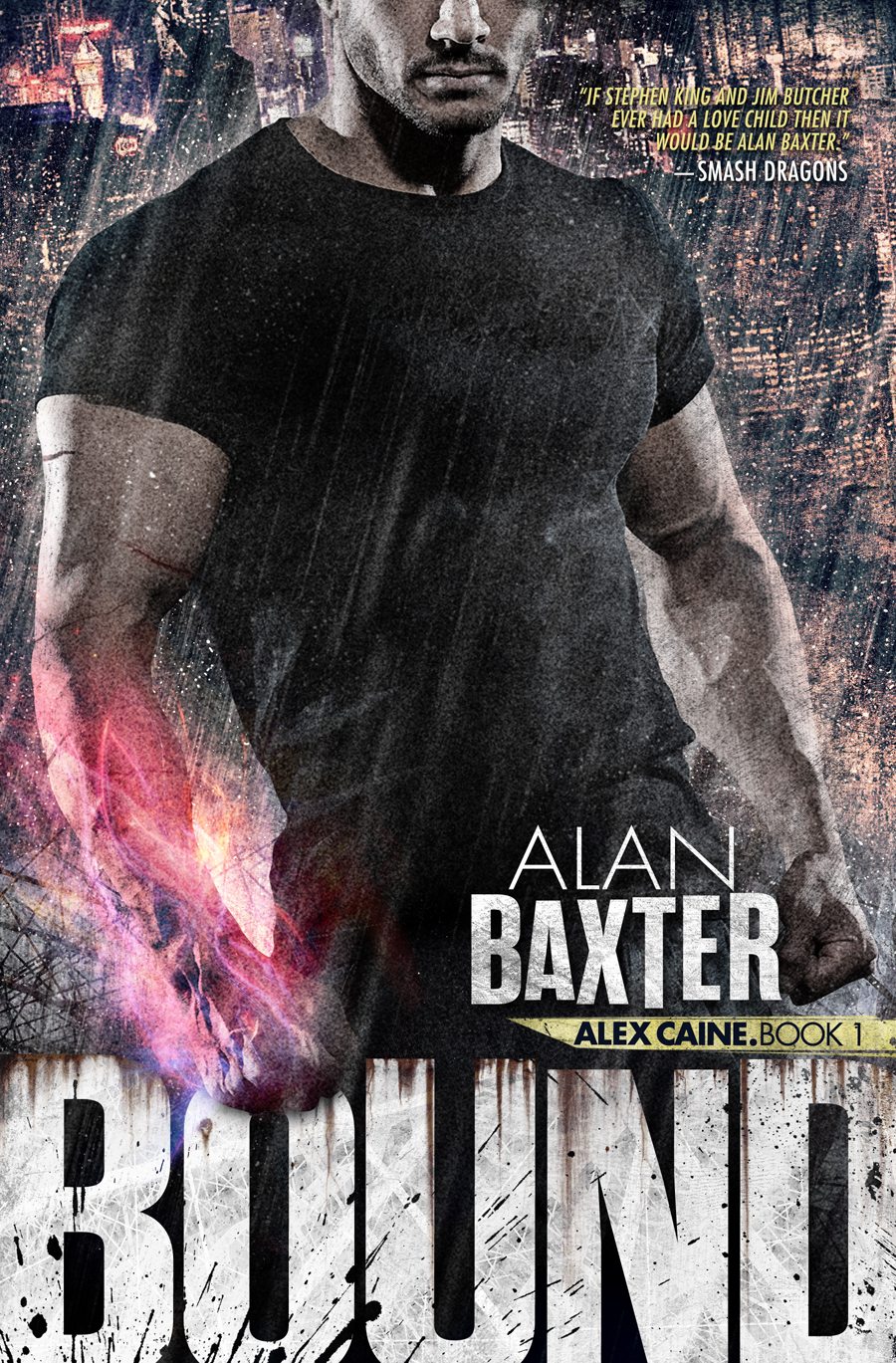 Imagine if you will, an author accomplished enough to treat readers to the sweep and grandeur, to the epic battles and heroic moments, to the all-too-human heroes and OtherWorldly villains of something like Tolkien’s masterful The Lord of the Rings…but without resorting to slavish imitation or blunt allusion.

Imagine if you will, an author so steeped in the icons of popular culture that he can deftly introduce something as ingrained as the climactic confrontation with the Grail-guardian in Indiana Jones and the Last Crusade and have the reader’s moment of recognition come almost as a surprise…and have the scene succeed in spite of its familiarity.

Imagine if you will, a novel so entwined with its internal mythologies of other Realms and other Races that it can account for most human legends of monsters and creatures—including werewolves and vampires…and still allow for believable creations from outside what we accept as human experience.

Now, instead of imagining, read such a book: Alan Baxter’s Bound: Alex Caine Book 1 and test these assertions to see if they are not accurate.

Alex Caine is a mid-range fighter, fiercely independent, constantly obsessed with controlling his own life. He fights when he wishes and—thanks to his ability to see and interpret “shades”—knows seconds in advance precisely what his opponents will do. He rarely loses; he rarely even gets injured other than superficially. He is happy with his life, his home in the country, the quiet he has carefully built around himself.

Until an unscrupulous fight promoter determines that Caine will join his stable of fighters—peacefully, if possible; by force if necessary. When negotiations turn violent, Caine is aided by the mysterious and fey (small case intentional) Englishman Patrick Welby who, as events unfold, wants to recruit Caine for his own purposes…his magical purposes: he needs Caine to read an arcane grimoire written in a language that cannot be read.

And in doing so he sets in motion events that will take him from Australia’s alleys to a dismal cave in distant Iceland, with stops in London; on an unnamed, invisible island off the barren eastern Canada; and beneath the Rome of the Colisseum. In each location, he must confront and defeat—that is, kill—increasingly powerful opponents as he gains skill in magic and confidence in himself as something more than human.

He is assisted (most of the time) by Silhouette, beautiful, exotic, not quite Kin, also more than human. And together they must battle Evil from the beginnings of time as It attempts to reassert Itself into human history and bring with It unimaginable chaos and destruction.

Reduced to a sentence or two of tedious prose, Bound might sound trite. Following the story as Baxter presents it, word by word, through all of the intricacies Caine’s physical, mental, and magical development, through his clashes with humans, with non-human Kin and Fey, and with outright, frightening monsters both physical and moral—Bound carries through on its promises.

Lest I have given the impression that the novel is little more than Tolkien in new dress, or merely strung-together episodic allusions traceable to Doctor Who and other stories of magic and adventure, a fun romp through magic suitable for youngsters as well as oldsters—be forewarned: it is not. As a trained martial artist, Baxter brings to his combat scenes gritty and gruesome realism; as a writer of urban horror, he takes readers where few would dare to go, sparing no one in his story, not even weeping, innocent children; and as a plainspoken man, he uses language that might be considered outside the realm of epic fantasy.

Given the darkness—and the incredible stakes at play—Bound is much like its main character: it succeeds on its own terms, it never deviates from its chosen path, and it fights to win…even when that means to the death.