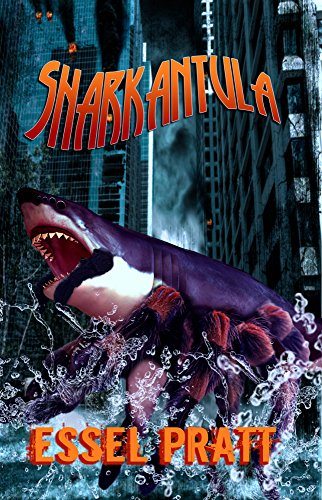 The Greeks created an elegant, graceful the word for it: chimæra. An imaginary monster whose body is compounded of parts from other creatures.

Sphinx—a human head and a lion’s body, or in Egypt, a lion’s body with the head of a human, a hawk, or a ram.
Medusa—a woman with hair composed of living serpents.
Pegasus—a horse with wings, capable of flight.

In general, the ancients did not spend much time discussing how such mixtures developed; if anything, they were considered as in some way fulfilling the wishes of the gods.

Today, if one is interested in modern chimæra, one need not travel to the wilderness of Greece or Egypt. Simply watch the most recent offerings of the SyFy Channel to discover such unnatural wonders as Dinocroc (2004), Sharktopus vs Whalewolf (2006), Pteracuda (2014), and Mermantula (2016). While films such as these will probably never find place in the mythologies of the human race, they can be fascinating adventures into impossibilities, particularly as most deal with the crucial scientific, social, and ethical enigmas resulting from man-induced (usually) mutations.

The films can be fun, laughable, visually shabby, and slapdash—if not hysterical for all of the wrong reasons.

But they do reassert our imaginative obsession with things of this world…but not quite. Given the incessant emphasis on our meddling with nature in such films, to use the term time-honored chimæra seems inadequate, however…and rather slighting of the ancient heritage such creatures have. Instead, I like to think of dinocroc, sharktopus, and their ilk with a word that at least partially encompasses the ambition, the (very) over-the-top imaginations of their creators and the awkwardness of some of the final productions: to me, they are AmalgaMegaMutaMonsters.

What, though, would happen if someone translated the AmalgaMegaMutaMonster film into novel form? There would be two ways to approach such a project. The first would be to attempt a high level of verisimilitude so that the result could be taken with an element of seriousness.

The second would be to recreate—consciously and verbally—the pretentiousness, the inelegance and ungainliness, the clumsy pacing, the gawky dialogue, and the unbelievable visual effects of the originals.

This is not simply my opinion, by the way. The key to approaching Sharkantula lies in Pratt’s dedication, which includes his wife and “Her love for cheesy sci-fi movies.” And later in the novel, characters essentially parallel this comment by saying that “This is not a movie” and “It may sound ridiculous, but so is this entire situation.”

Ridiculous, indeed. Lucille (the word is a form of the French for light), a tarantula bred as part of an illicit and highly illegal project to cure cancer, adventitiously bites Danae (note the classical reference). Overnight, the only trained Great White Shark in existence develops not only the cunning and intelligence of the genetically engineered spider, but eight iridescent purple legs, palps, the ability to shoot near-impervious webbing from her tail, and an insatiable hunger for blood. Since the transformation is revealed during the first ever performance at Shark World, the newly developed Sharkantula finds a ready banquet spread before her…and begins the feast.

Sharkantula begins with a stiff, archly affected dialogue between Dr. Fisher, the cancer re-searcher, and his assistant, Carrie Anne. Even as federal investigators bang at the doors of the lab, they take time to debate the ethics of their unlawful activities, providing necessary background information as stiltedly as if this were the opening scene of a B-movie from the 1950s.

The tone persists throughout, along with a certain flatness of characterization and vagueness of landscape that fits perfectly with the pseudo-creature-feature approach. At the end, the mandatory suggestion that, although this threat might be past there is another, perhaps a more foreboding and ominous AmalgaMegaMutaMonster is in the making.

And everything fits perfectly.

Sharkantula is satire—satire of a film sub-genre, satire of its static characters and stilted language, and most of all, satire of the audience’s desire to see ever bigger, more horrifying, more predaceous monsters.