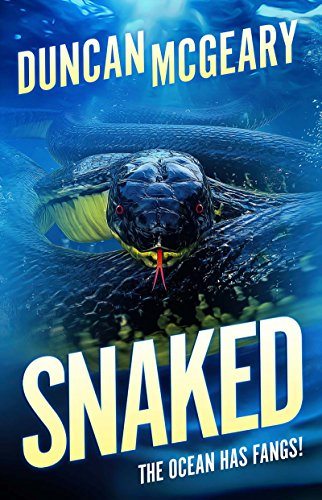 Some years ago, Dean Koontz spoke to my Creative Writing class at Pepperdine. In a discussion afterward, he talked at some length about giving readers an appropriate payback—just compensation for their investment in money and time in reading his books.

Part of that recompense took the form of internal suspense. He mentioned a scene in one of his earlier novels in which one boy is searching for another amid abandoned cars in a junkyard…and doesn’t find him. The scene could have been accomplished—as I just did—in a single sentence. Instead, it extends over a dozen or so pages, each taut with implicit danger, each building on the suspense inherent in the previous one. By the end of the scene, the reader waits breathlessly for the next twist in the plot, satisfied with every word of the junkyard search.

Knowing that his readers would respond to the potential horror of the situation, Koontz played it out to its fullest limit.

Given that as one criteria for a successful horror/thriller, Duncan McGeary’s Snaked: Deep Sea Rising is a rousing success. From the opening page, scene after scene fully exploits the terror implicit in its thesis: deadly, poisonous sea snakes are rising from the ocean’s depths, attacking and killing any living thing.

Capable of surviving on land or underwater, they act with a coordinated intelligence that terrifies. Their bite is almost instantly fatal; mere touch takes a second or two longer. They ride the waves in their hundreds and thousands, attacking ships at sea, insinuating themselves into the sewer systems beneath Seattle, overrunning high places that otherwise might offer safety.

Worse, they are guided by a more monstrous creature, one with an intrinsic malevolence that threatens humanity.

Into this concatenation of horrors, McGeary thrusts a score of key characters, each of whom must struggle against the increasing and apparently never-ending intensification of danger:

Snaked attempts much—including detailing the most destructive tsunami in living memory. In general it succeeds, largely because it follows individuals and allows their tragedies to stand for all others like them. It focuses the devastation to their perspectives and makes the unimaginable tangible and visible. And it gives each of them their due as humans, devoting full attention to their often-futile battles for life.

It is a creature-feature on a grand scale, a disaster epic with its own arsenal of special effects. It has its moments of near comedy, as when one character escapes the tsunami riding atop a huge desk that had become the focus of her life. And it has its moments of tragedy, as when, reminiscent of Daniel Keyes’ magnificent Flowers for Algernon, a character realizes that his newly found connections with humanity are dissolving.

For a roller-coaster ride through disaster and devastation, give Snaked a try.