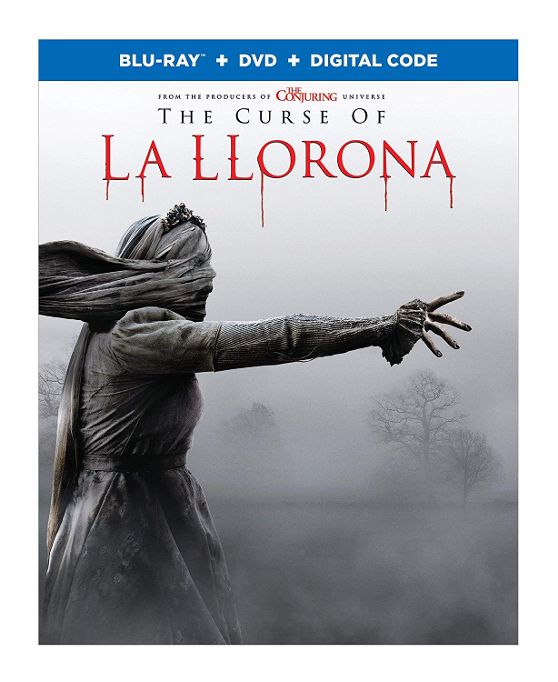 Another movie in the Conjuring Universe, or as my wife calls it, the Wanaverse. Do we really need this? Not to be sure, I like the films that James Wan has done; he has a style that’s his and for the most part it works for him. But all these spin-offs, they are the palest of pale shadows of what has come before, and that goes double for the ones that try to best to ape that aforementioned style and only succeed in being a bore and a chore to sit through. Yes, I am looking at you, The Nun and Annabelle, you poor excuses for film, horror or otherwise. But, to its credit, the Conjuring Universe does put out the odd passable film. They’re never truly great, but they’re at least watchable and some fun can be wrung out of them, such as Annabelle: Creation and Annabelle Comes Home. Will these ever make anyone’s Best of the Year lists? No, but they won’t have you wishing you put your eyes out with a shrimp fork, either, and that’s something. So where does this latest entry in the universe fall on that spectrum? Let’s find out.

Curse takes place in 1970s L.A. as a child welfare worker takes two kids away from a troubled mother suspected of child endangerment. The Mexican mother warns the social worker that she doesn’t know what she’s getting into, an evil spirit is in play, and soon the social worker’s own children will became the target of the murderous ghost.

Okay, so far so good. I love ghost stories, and I love learning about spooks and haunts from other cultures. So then why have this take place in the U.S.? What, is filming in Mexico too expensive? Or it is the whole subtitle thing and money, money, money? No need to answer that, filmmakers; that was completely rhetorical.

What follows is the paint-by-numbers style of modern Hollywood horror movie making, where this film never met a jump scare it not only loved, but beat to death several times over. Nothing is ever once scary in this flick, as the playbook it follows is so overused at this point, any supposed “tension” it tries to go for is just insulting. You see every, and I mean every BOO scare coming from a mile off, and you’re just counting down the clock until they spring it out you. While the actors do the best they can with such cliched characters, they are no where near strong enough to carry the movie on their own. As for the director, he tries at times but his inexperience with films shines through every scene.

Let’s get to those extras that Warner Brothers put on this Blu-ray/DVD digital combo pack. There are three featurettes found here: “The Myth of La Llorona,” which was the best one by far, “Behind the Curse,” and “The Making of a Movie Monster.” There is a collection of deleted scenes and some storyboard illustrations, so I rate the special features as good but not great. It is nice to see a big company, like Warner Brothers, still putting out some extras with this discs when so many today don’t even bother.

As you can guess by now, The Curse of la Llorona is not a great movie, but it’s not a complete dumpster fire, either. Like many horror films, it plays things far too safe, misses some obvious opportunities, relies too much on cliches and jump scares (and then doesn’t pull them off), and suffers from wanting to be a James Wan film, but ending up as shadow of one. It is a forgettable film in all ways so I can’t give this a recommendation. That said, I really can’t warn you away from it, either. If the term “meh” was made into a movie, this would be it.