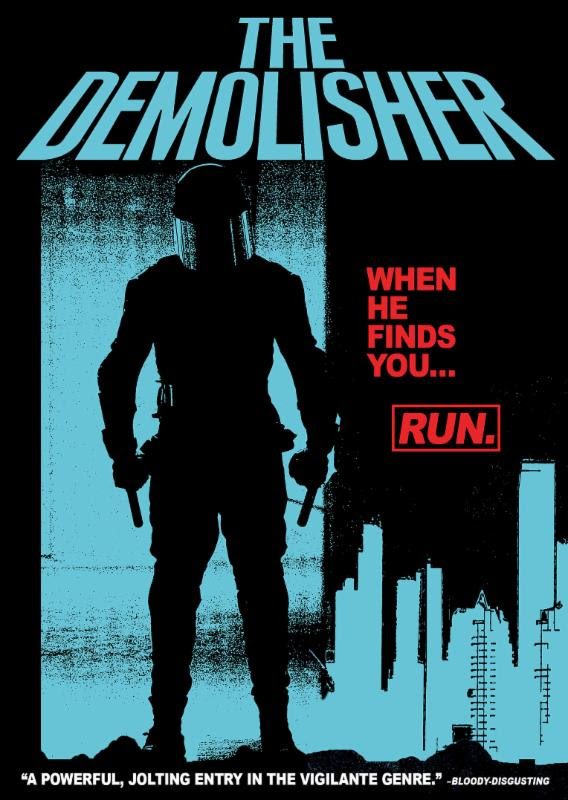 Bruce (Ry Barrett) is an ordinary repairman tormented by a crippling sense of responsibility for
his disabled wife Samantha, an ex-policewoman (Tianna Nori), the survivor of a gang-related
assault. Bruce’s increasing hyper-sensitivity to the injustice suffered by his wife steer him down a
dark path of vigilantism, and with his rapidly disintegrating mental health, paranoia and
overwhelming sense of doom, Bruce channels his inner rage towards a young woman, Marie
(Jessica Vano) and finds refuge in a world of extreme violence. Both a character study and a
psychological examination of trauma, The Demolisher is an unapologetic portrayal of what can happen when a fragile mind is pushed too far.

More art film than narrative drama, The Demolisher is essentially all style with little emotion to go with it. Though it’s easy to understand Bruce’s motives in the beginning by him becoming the
title character and attempting to right some wrongs, the story veers off-course in the final act
when his frustrations ultimately lead him down an unnecessary path.

The film’s slow pace and scarce dialogue does nothing to help the story. Rather, The Demolisher relies on visuals to move the plot along, which (although nice to look at) doesn’t quite bring the film to the level that it needs to be story-wise. One plus is the Carpenter-esque score that stalks
its way through the movie, though it’s mainly prominent in the first act.

Included on the Blu-ray from Dark Sky Films are a nine-minute behind-the-scenes look, six minutes worth of deleted scenes, the film’s trailer, and a filmmaker Q&A from the Toronto After Dark Film Festival, which runs at twenty-three minutes.

Heavy in atmosphere yet lacking in heart, The Demolisher attempts to show viewers the two
sides to a story but doesn’t quite get to where it wants to go.