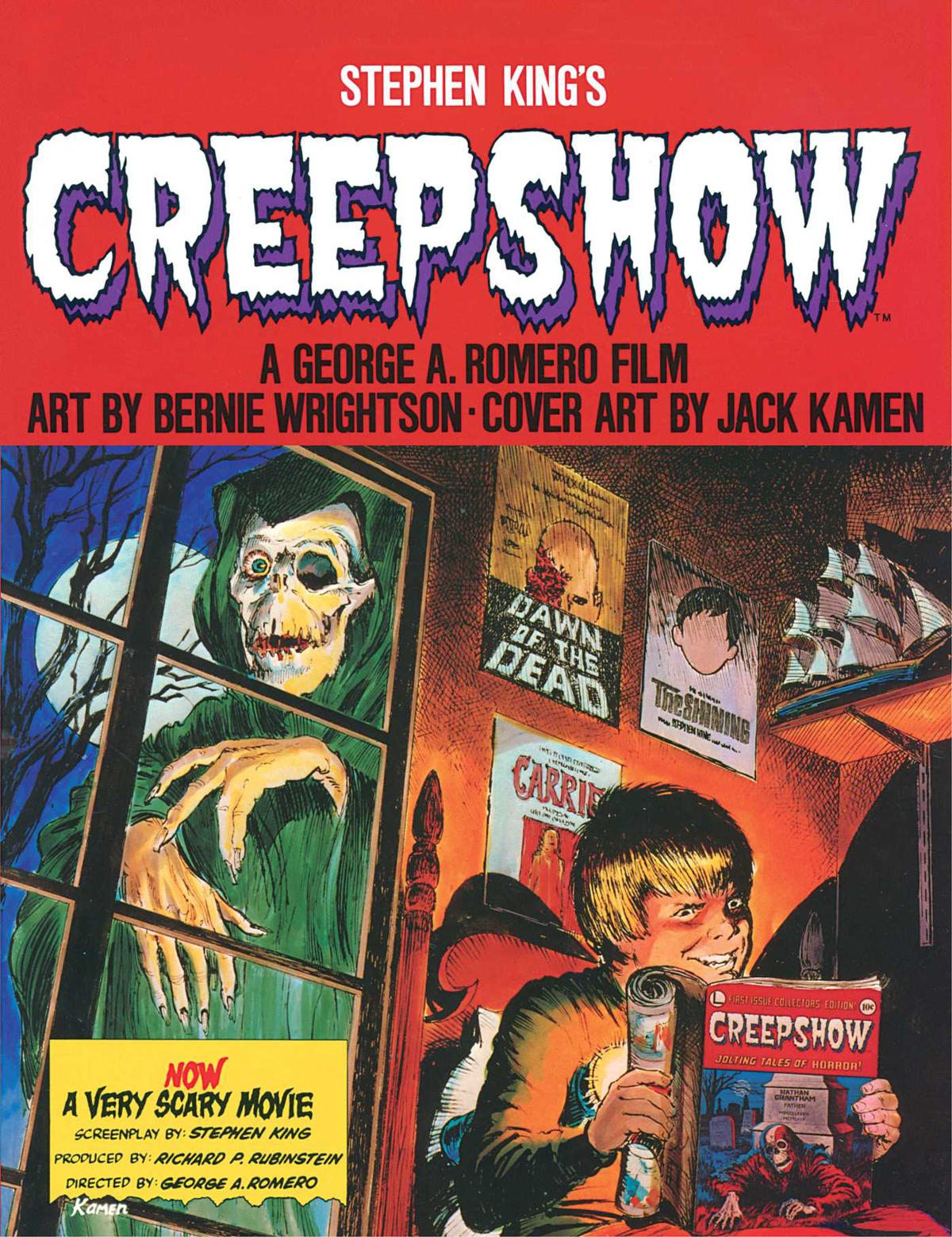 Over my desk I have various treasures. There is the “shelf of fame” where I put my favorite books, many of which have been reviewed right here. I also have quite a few vintage horror comics hanging on the wall. How can anyone into our kind of stuff not love the art and storylines? There’s usually a creepy host or hostess and titles like “Frightmare!” or “Journey To Oblivion!” In these faded classics the bad guys usually get theirs and you often find yourself rooting for the monsters instead of the humans. That’s because the humans are ugly, greedy, and downright mean. Whereas, a monster is a monster. Cool looking in bright colors printed on pulpy paper. Life is simple for monsters. If anybody gets in their way, they just eat them up. It’s all the stuff we wish we could do, but can’t.

This is the same stuff that turned young Stephen King’s dials up to 10 and made him want to do what he does so well. However, since the modern world is much more complicated than it was in the 50s and 60s, so is King’s writing. He doesn’t usually have the luxury of jumping out of a closet and yelling “Boo!” Until CREEPSHOW a film that paid homage to that classic grooviness in spades. Working with George Romero, King brought the “Creature Double Feature” to life again. This graphic novel adaptation of the film has recently come back into print, thanks to the fine folks at Gallery 13. Now those of us who didn’t get it the first time can grab a copy! The art by Bernie Wrightson is perfect! He uses the limited color palette of vintage comics to great effect!

The stories are adaptations of the screenplay written by Stephen King and are introduced by The Creep they are just right. You get five great tales, including my favorite, The Crate! A mysterious and very old crate is found in the basement of a science building on a college campus by the janitor. He calls a bigwig professor and even though we all know it’s a bad idea, they soon have the crate open. It seems like nothing very exciting until it grabs poor old janitor Mike and eats him on the spot. The blood flows and the professor goes into shock. When he tries to get help from a colleague, the guy doesn’t believe him and has to take a look. He sure gets one, too! But then he’s torn to shreds and consumed. This seems like real bad news for everyone, except for a friend of Professor Stanley’s by the name of Henry who needs help getting rid of his mean drunk of a wife. For someone who’s constantly called dumb by his wife, this guy makes pretty good plans! In fact, Henry even figures out how get rid of the monster once it’s done all the dirty work.

Do bugs, especially cockroaches, give you the willies? Then check out They’re Creeping Up On You and keep the lights on! Because this story will make you stay afraid of the dark! You wouldn’t think that grass could be scary, but check out The Lonesome Death of Jordy Verrill and see if you don’t. Stephen King played the part of Jordy in the movie and did a great job!

CREEPSHOW is super fun and scary in a good way. You’ll find yourself chuckling just before something bad happens. I love this graphic novel and highly encourage you to pick up a copy real soon. The Creep is just dying to meet you!