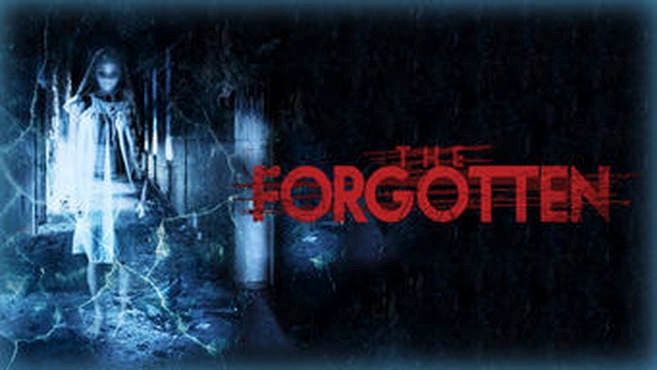 Yeah, you know me – if there’s an accent, I am there! I came across this gem on Netflix. It’s in the genre of horror, but it’s not a horrific movie. There’s no blood, other than a beat down or two landing someone in hospital. There aren’t any jump scares, just a sort of classic haunt from across the pond. So, did I like The Forgotten?

The tale is a ghostly, British haunt that shares the story of two teens. When it begins, you think it’s about Tommy, the new kid. White, thin, and a loner, he’s easy pickings for the bullies of the block. It’s when he meets Carmen that everything changes.

Tommy is sent to live with his dad after his mom goes to “visit her sister” for a while, with no explanation to her son. Tommy struggles with his dad but he doesn’t understand why. While living in an abandoned council estate (projects), Tommy begins to hear strange sounds from the flat next door to his. It frightens him. After befriending Carmen, they decide to investigate.

The story then makes a shift that I didn’t see coming. It slowly walked me in to the storyline change, which was pretty good, but sad. I have to keep telling myself that foreign movies are very different from American. Some things aren’t explained, and when they are, that doesn’t mean I’ll get it. With The Forgotten, there’s explanation, but what lead to the understand sorta perplexed me. I liked the movie – don’t get me wrong; I just wondered why the forgetting… And that’s all the SPOILER you’ll receive! lol

It’s a tasteful movie, filled with teen angst and curiosity. I think anyone would like it, but it is a little slow. The action doesn’t really kick in on the haunting ’til about halfway through. What you get before that is more than filler, but just not a great deal interesting. The Forgotten released in 2014.