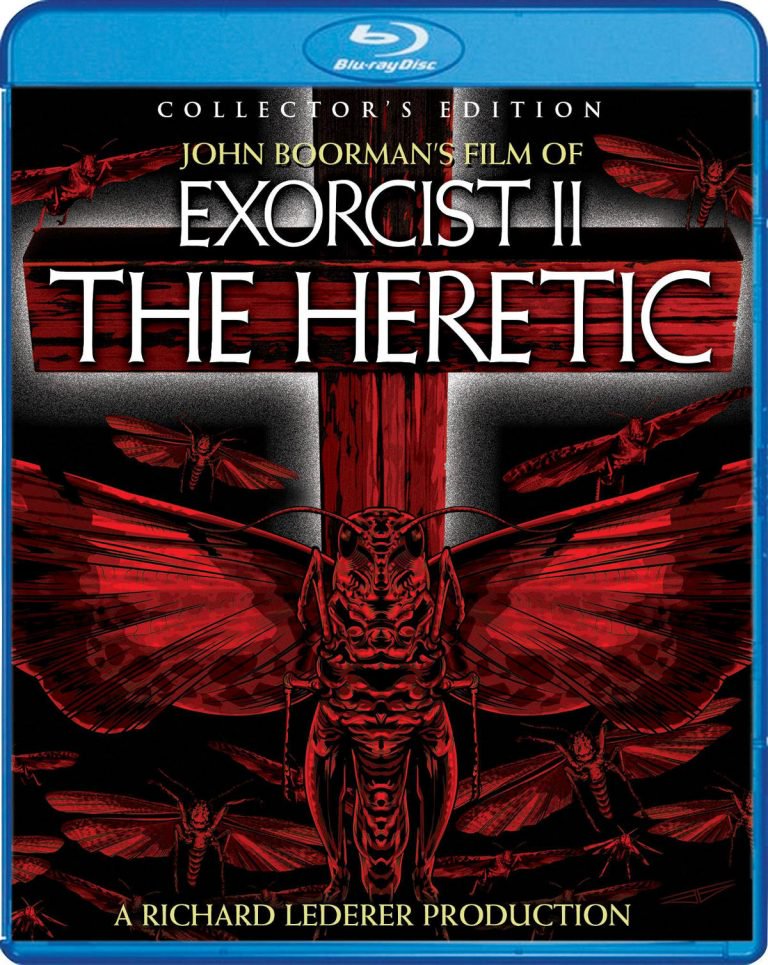 EXORCIST II: THE HERETIC – one of the most infamous horror sequels in history (and that’s an understatement) – will be given the chance to be properly reevaluated in the form of a serious upgrade on Blu-ray this Fall! Here are the early details we have at present time:

• This will be branded as a 2-Disc “Collector’s Edition” that will come with a slipcover (guaranteed for three months after its original release date). U.S. and Canada territories (Region A).

• Extras and specs are still in progress and will be announced later in August. However, we can confirm today that we will have a new high-definition transfer of two cuts of the film! (The 117-min version that has been on Blu-ray and DVD before and a shorter, alternate version that was created after the film’s initial release in 1977.) You’ll also be happy to know that we have a brand-new interview with ‘Regan’ herself, actress Linda Blair!

• The newly-commissioned artwork pictured comes to us from the CRP Group (Serial Mom, Drag Me to Hell, Dead Ringers). This art will be front-facing and the reverse side of the wrap will the original theatrical poster design.

• National street date is planned for September 25th. However, if you pre-order now for early shipping directly from us @ https://www.shoutfactory.com/…/exorcist-ii-the-heretic-coll… you will also receive an 18′ x 24″ rolled poster of the newly-commissioned art.