Press Release: SAN DIEGO, CA (July 16, 2019) – IDW Publishing is proud to announce the early 2020 launch of Sleeping Beauties, a captivating comic book series based on the bestselling novel by Stephen King and Owen King. Author Rio Youers (The Forgotten Girl) and artist Alison Sampson (Winnebago Graveyard) will adapt the rich narrative of Sleeping Beauties to a ten-issue limited series under the watchful gaze of Stephen and Owen.

“We are so excited about Rio and Alison’s vision for Sleeping Beauties,” says Owen King. “We’ve been fans of Rio’s for years and Alison’s artwork is simply extraordinary. IDW couldn’t have found a better pairing.”

To which co-author Stephen King adds, “We’re looking forward to seeing our work in this exciting format.”

Sleeping Beauties explores a world where women have sunken into a deep, cocooned slumber, their dreams taking them to an idyllic other place. They can only wake if disturbed, which results in violent, feral behavior. Meanwhile, the men have inherited the Earth, their society devolving into barbarism. Provocative and absorbing, Sleeping Beauties is a gripping dark fantasy of gender dynamics, individuality, and toxic masculinity.

“To work on anything with the King name attached is surreal, dizzying, and somewhat terrifying,” says Youers. “As soon as my feet touch terra firma, I will focus on my goal: to stay true to the novel’s spirit, and to deliver a page-turning, visually impacting experience that will appeal to readers of both Stephen and Owen King’s fiction, and to comics fans the world over.”

“I’m thrilled to be able to work on Sleeping Beauties,” says Sampson. “The story is very suggestive for interesting art, with magical themes interwoven through a very real place setting in Appalachia, and the opportunity to draw some truly diverse people. Places, spaces, gender, bodies, character, relationships, political themes, emotions, a challenging (and almost certainly innovative) design job, and a great story – it’s all here. I cannot wait to share what we are making.”

“There was something magical about the combination of Stephen King’s and Owen King’s specific skills on the pages of the Sleeping Beauties novel, an alchemy that resulted in a story so of the moment and yet so timeless,” says IDW President & Publisher, Chris Ryall. “Rio and Allison are fashioning a graphic retelling that synthesizes that same sense of wonder while very much making the comic its own thing entirely. We’re ecstatic to be doing this with all involved.”

For information on how to secure copies of Sleeping Beauties, please contact your local comic shop or visit www.comicshoplocator.com to find a store near you.

Stephen King was born in Portland, Maine in 1947, the second son of Donald and Nellie Ruth Pillsbury King. He made his first professional short story sale in 1967 to Startling Mystery Stories. In the fall of 1971, he began teaching high school English classes at Hampden Academy, the public high school in Hampden, Maine. Writing in the evenings and on the weekends, he continued to produce short stories and to work on novels. In the spring of 1973, Doubleday & Co., accepted the novel Carrie for publication, providing him the means to leave teaching and write full-time. He has since published over 50 books and has become one of the world’s most successful writers. King is the recipient of the 2003 National Book Foundation Medal for Distinguished Contribution to the American Letters and the 2014 National Medal of Arts. Stephen lives in Maine and Florida with his wife, novelist Tabitha King. They are regular contributors to a number of charities including many libraries and have been honored locally for their philanthropic activities.

Owen King is the author of the novel Double Feature and co-author of the graphic novel Intro to Alien Invasion. His writing has appeared in numerous journals and newspapers, including the Boston Globe, Lady Churchill’s Rosebud Wristlet, the Los Angeles Review of Books, the New York Times Book Review, One Story, and Subtropics. He is married to the novelist Kelly Braffet.

Rio Youers is the British Fantasy Award–nominated author of Old Man Scratch and Point Hollow. His short fiction has been published in many notable anthologies, and his novel, Westlake Soul, was nominated for Canada’s prestigious Sunburst Award. He has been favorably reviewed in such venues as Publishers Weekly, Booklist, and The National Post. His latest novel, The Forgotten Girl, was released by Macmillan/St. Martin’s Press in June 2017. Rio lives in southwestern Ontario with his wife, Emily, and their children, Lily and Charlie.

Alison Sampson is an award-winning London-based architect and illustrator. She has contributed to a number of familiar projects across the capital, working with the likes of Richard Rogers Partnership, Will Alsop, Avanti Architects, Bennetts Associates, Design Engine, and John McAslan & Partners. Her comics work includes art for Hit Girl: Mumbai, Winnebago Graveyard, The Wicked + The Divine, Genesis for Image Comics, Jessica Jones for Marvel, and inclusions in the Eisner-nominated anthologies Femme Magnifique and In the Dark (both from IDW), as well as clients such as The BBC, Guardian Newspaper, and Hayward Gallery. 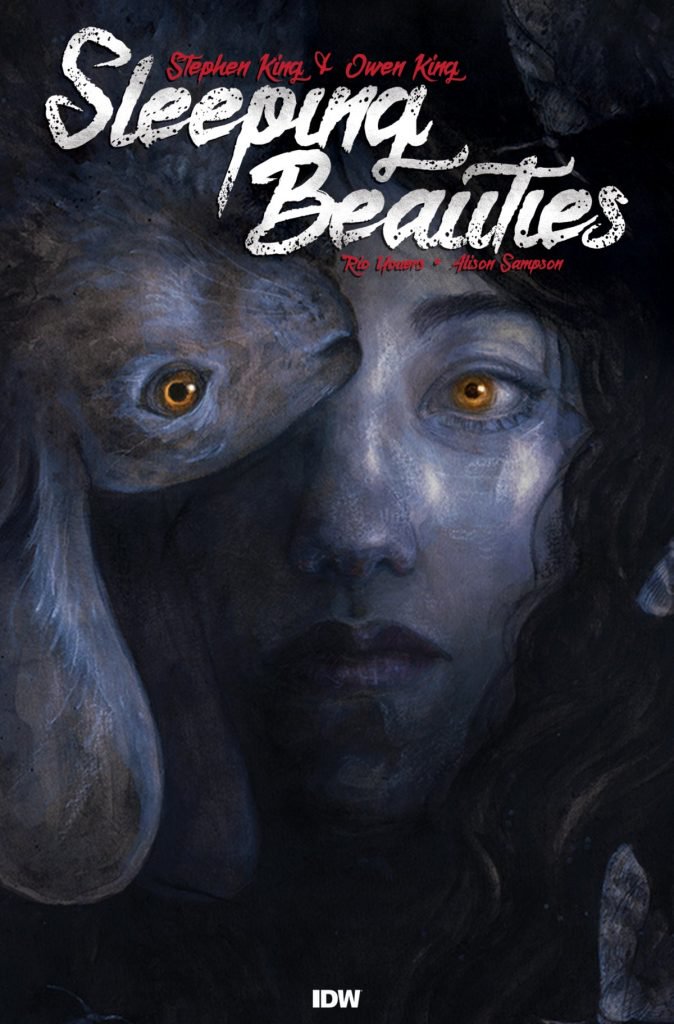