Dawning of the Dead – Movie Review 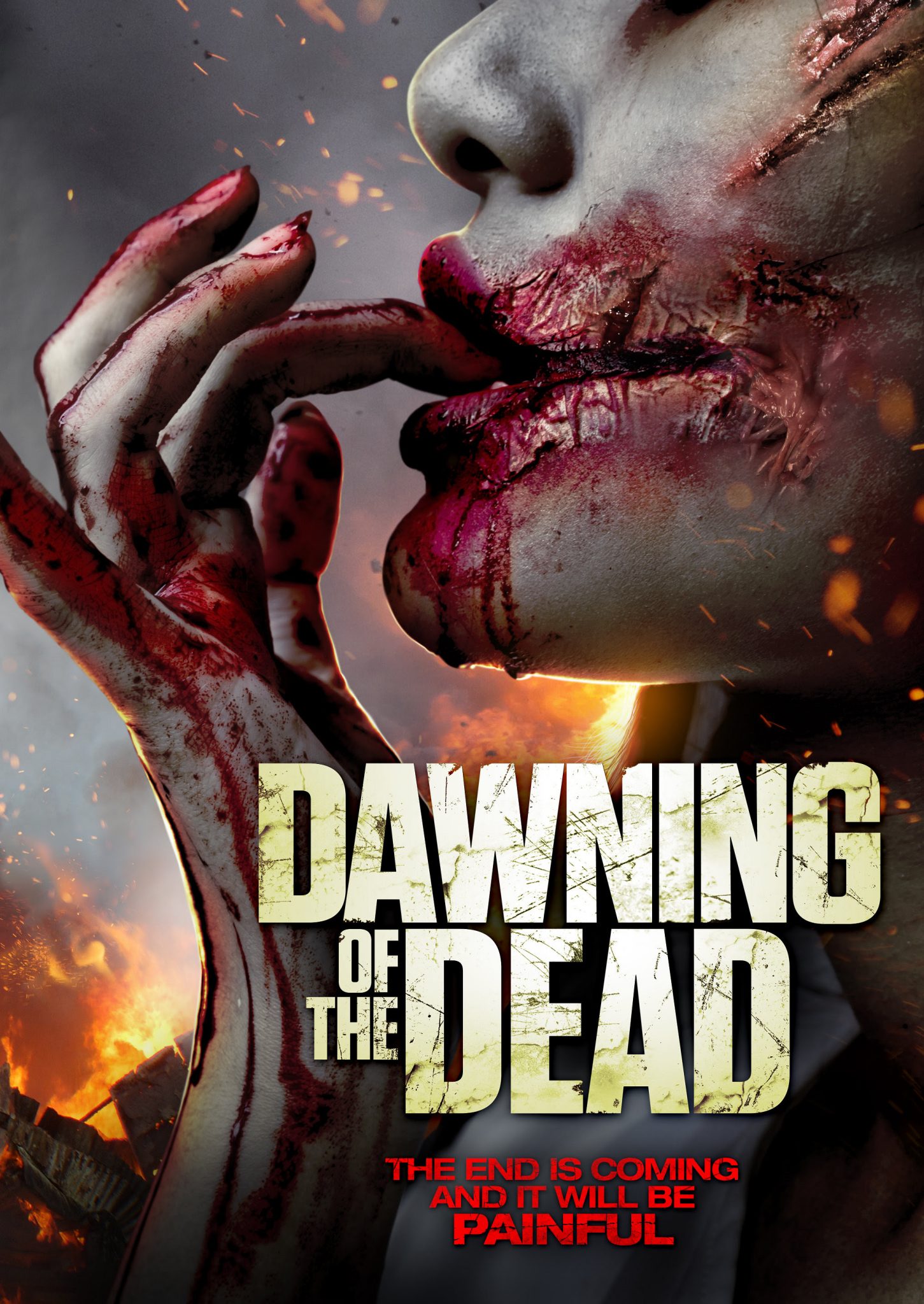 The UK zombie movie catalog/catalogue, while not as prestigious as that of Italy or America, has made its presence felt in at least two categories: horror comedies (Doghouse, Cockneys vs Zombies) and ground-breaking classics (Shaun of the Dead and 28 Days Later [for our purposes today, let’s just agree that Danny Boyle’s masterpiece fits the zombie category, okay?]). Much like everywhere else, the rest of England’s zombie films tend to fall into a gray (or should I say grey?) middle area made up of a couple cult hits and an expectedly high number of average to poor releases. Any new picture starring the undead today is not only facing the monumental task of trying to measure up to the legends, but also of simply keeping its head above water in the murky malaise of The Walking Dead rip-offs and poorly written, unoriginal turds thrown together in hopes of making a few bucks. In other words, good luck, zombies!

Filmmaker Tony Jopia (see also Crying Wolf and Cute Little Buggers) took on a large task with Dawning of the Dead (originally known as Apocalypse), literally going worldwide both in story scope and in production to put together his own fresh take on the zombie apocalypse. Written by the team of Jopia, Stuart W. Bedford (Good Tidings), frequent collaborator Andy Davie, and Tony’s brother Stu, this zombie story starts at the beginning, showing us a coordinated worldwide attack by a terrorist cell that has stolen a virus created by the government to reanimate dead soldiers and keep them fighting, and strong enough to transform 99 percent of the population. Just as people around the world begin changing into zombies, a professor (played by Ian Saynor) takes on the role of whistleblower when he delivers information about the virus to TV news reporter Katya Nevin (Ruth Galliers). He is followed by two agents, Proteus (Leo Gregory) and Ashcroft (Andrew McHale), which causes a stand-off at the TV station. Pretty soon, it’s security guards vs. heavily armed mystery agents vs. zombies in all-out bloodshed, with an only somewhat helpless news crew caught in the middle.

The homage has become a staple of modern horror, especially the zombie genre – Shaun of the Dead has some great nods, and The Walking Dead tips its cap now and then with a familiar looking zombie from the annals of history. A filmmaker has to be careful here, or an intended compliment can come across as biting (get it? Zombies, biting…) another director’s style. Jopia throws in a couple homages, and while the floor-waxer-turned-weapon is a nice nod to Lionel’s lawnmower in Dead Alive, the scene where an old man “turns” in the back seat while Christian (Fabien Muller) and Alex (Kristofer Dayne) are driving through zombies, a la Shaun’s stepdad in Shaun of the Dead, doesn’t work as well. At times, Dawning of the Dead feels like a collection of ideas from other zombie movies – (when there’s no more room in hell, just look at the film’s title) – but in the end, it manages to right itself with enough originality to keep things clean and honest.
Jopia does something interesting in this film, something I don’t think I’ve seen before, that makes Dawning of the Dead seem a lot bigger than its budget. The zombie outbreak is worldwide here, and in order to help with this larger scale, Jopia employed other directors from around the world to shoot zombie footage in a variety of places. We’ve got shots of zombies overrunning Los Angeles, San Francisco, Tel Aviv, Israel, Athens, Greece (all filmed by Yannis Zafeiriou), Iceland (Nicola Santoro), Oslo, Norway (Alexander Zwart), Montevideo, Uruguay (Clara Loedel), and Rio de Janeiro, Brazil (Nika Braun). While each of these location shots are brief, they lend a credibility to the film that many indies aren’t able to attain due to budgetary restraints.

Jopia’s zombie film has some other good things going for it as well. It’s always nice to see a film with well-written, strong female characters, and there are a group of them in here, led by Katya. In fact, while a couple of the actors are a little stiff, the cast as a whole does well, and the characters are fleshed out to provide a good foundation for the story. The TV station setting is interesting; similar to the mall in Dawn of the Dead in function only, it’s nice to see how the characters interact with and within the unique setting. And there’s enough blood and gore, whether in the form of exploding heads or disembowelment by zombie (although there is one scene early in the film where it appeared a guy’s guts were made of individual sausages), to appease the average gorehound.

This has all felt so positive so far, so I kind of hate to do this…but there are two things that make horror fans cringe – bad CGI and fast zombies – and Dawning of the Dead has them both. Much of the gore is practical, but there is no confusion when the CGI blood and explosions hit the screen. Much of this may have to do with the budget, so it’s hard to completely fault the filmmakers, but there are some pretty cringe-worthy moments here. Unfortunately, this combined with fast zombies may sign the film’s death warrant for some fans. I think fast zombies can work, depending on the scenario, and since we’re looking at a virus that turns the living into the undead, as opposed to only bringing decaying corpses our from their graves, it’s easier to swallow here. But I know there are many die-hards out there who simply refuse to acknowledge any movie that lets its zombies move faster than a crawl.

So where does Dawning of the Dead fall in terms of the UK zombie filmography? On one hand, we’ve got an interesting take on the zombie origins, as well as some strong characters and a world-wide scope to the story. On the other hand, fast zombies will turn some people off, and the rough CGI will upset others. It looks better than many other low-budget offerings, and has a better story line as well. In the end, the positives outweigh the negatives, and this film floats near the surface of the zombie film quagmire, not quite reaching the cult classic levels, but rising well above many other lesser attempts.