A Haunting in Salem – Movie Review 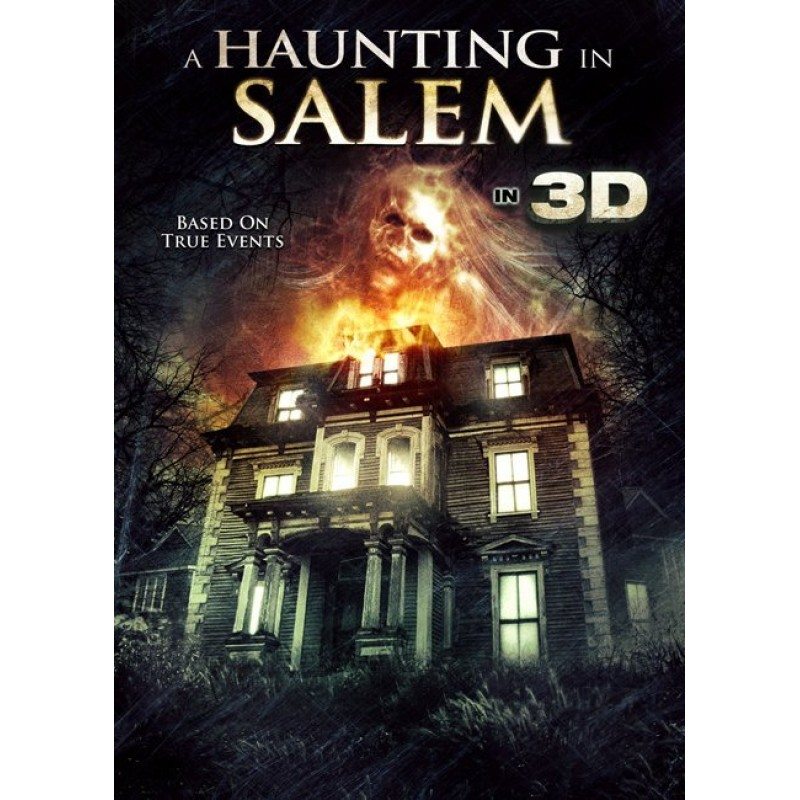 If you prefer your horror movies to focus on ghost stories and haunted houses, you could do a lot worse than Asylum’s 2011 release, A Haunting in Salem. Now, before you get all judgy-wudgy, yes, this is the same Asylum that is virtually synonymous with schlock and cheese, the company behind a majority of the B-movie bonanza that shows up on SyFy. But some of those movies are a lot of fun (don’t even tell me you haven’t been channel-surfing and stopped on some SyFy original full of nearly forgotten stars of yesterday fighting ridiculous CGI creatures; as The Jam would say, that’s entertainment). Asylum is also responsible for distributing films like Stuart Gordon’s King of the Ants and Vince D’Amato’s Carmilla, the Lesbian Vampire, two underrated films from the early 2000s. All of this to say, you can’t judge a book by its cover and you can’t judge a film by its distributor.

No one can accuse this film of a slow start; A Haunting in Salem opens with all-out slaughter. A boy is drowned in a bathtub, his mother is suffocated with a plastic sheet, and when the dad comes home and sees the massacre, he attempts to set the place on fire, only to be thrown out the top floor window to his death before he can light a match. Now cut to the same house, but present time: this is Salem, Massachusetts (as the title would indicate), and this house is provided by the city to the acting sheriff and his family. Sure, it’s old, and a bit creepy, with rumors swirling about some dark activities that have happened there in the past, but it is rent-free. And as we learn when our protagonists, the Downs family, move in, it may be a bit haunted as well. Nothing too crazy at first – a box moves on its own, birds keep flying into an upstairs window – but this is just like how Poltergeist started, and we later found out that house had been built on top of an old burial ground. So when the gardener is found hanging from a tree, and the local deputy admits that this house is built on the spot where 19 witches were put to death and buried back in the 1600s, we can’t help but get a bad feeling about this.

A Haunting in Salem is directed by Shane Van Dyke, who also wrote Chernobyl Diaries and directed Paranormal Entity and Titanic II (which is not as fun as it sounds), and written by H. Perry Horton, who apparently loves sharks (he’s also written 2-Headed Shark Attack, Shark Week, and Mega Shark vs. Mecha Shark). In front of the camera, the Downs family is made up of Wayne (dad; busiest man of underground film, Bill Oberst, Jr.), Carrie (mom; Courtney Abbiati), Kyle (son; Nicholas Harsin), and Alli (daughter; Jenna Stone). While there are no big names in this one, there are some good-sized scares. In fact, one of the most effective “jump scares” I’ve seen in quite a while occurs midway through this film, one that is slowly and quietly built up through tension, suspense, a bit of misdirection, and good use of what in art would be called “negative space.” It is this scene, alongside a surprisingly high body count and a decently written (albeit somewhat derivative) storyline, that puts this relatively unknown scary movie on the right side of effective.

Bringing this around full circle now, while A Haunting in Salem is attached to Asylum, you won’t find any of the intentional camp here that virtually radiates off films like Mega Piranha or the Sharknado series. Van Dyke’s film is fairly even across the board. There are familiar elements, hints of Poltergeist and The Amityville Horror and a number of other “haunted house”-style horror films, but at no point does it feel like it is simply aping any of its predecessors. In fact, the witch element that is brought into this story does a lot to set it apart from the pack. The acting is overall adequate; there are some strong performances alongside a handful of stiff moments, often both delivered by the same actors. Effects are good for their budget, but will never be mistaken for those of a Hollywood blockbuster. Aside from a couple brief forays into the land of unexplainable plot holes, the story flows steadily from beginning to surprisingly dark end. If you’re a fan of haunted house horror, and you’re already well-versed in the standards, I’d recommend giving A Haunting in Salem a shot.