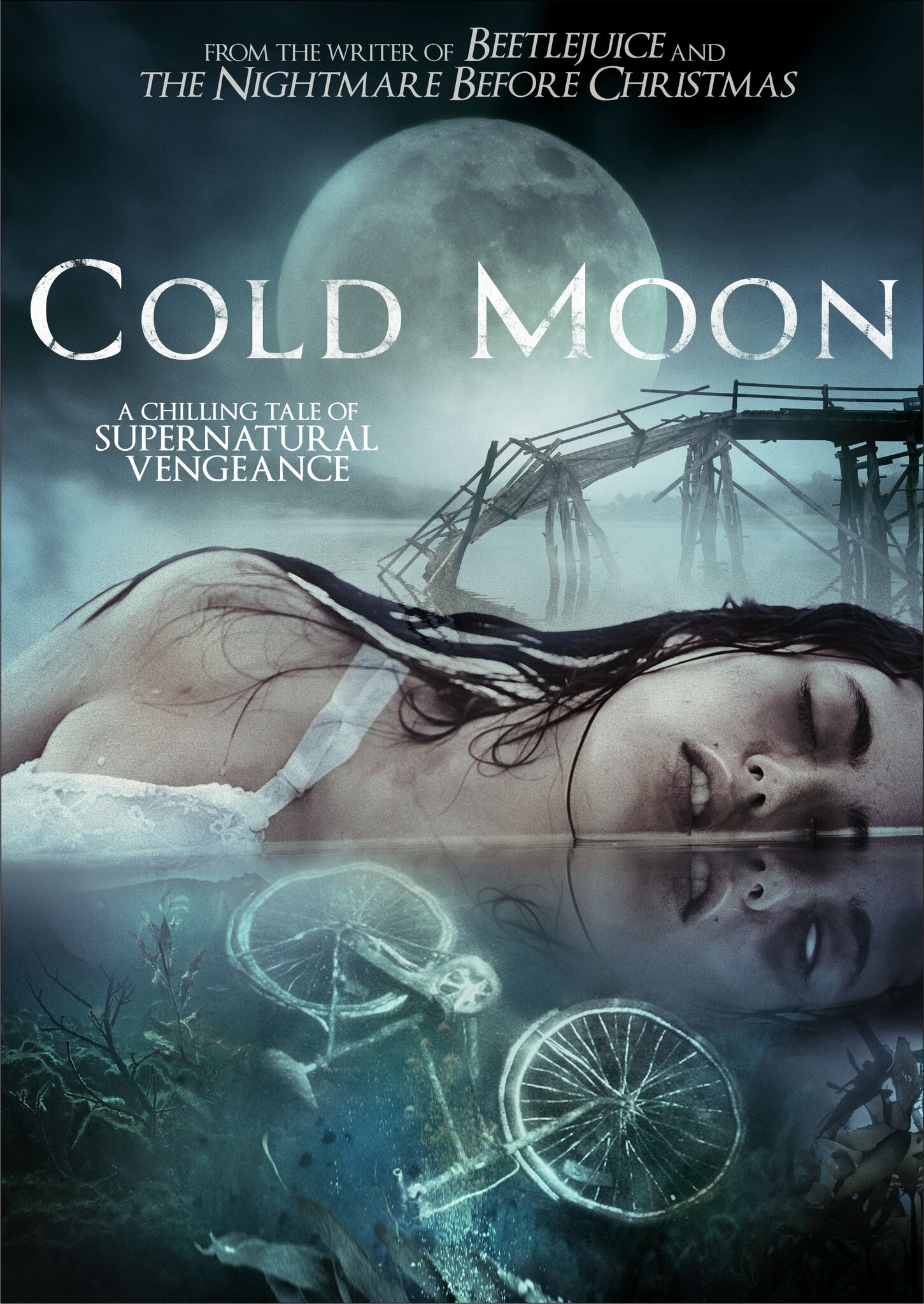 What a peculiar combination that came together to create Cold Moon. The film is directed by Griff Furst, who is best known for his SyFy films, from Swamp Shark to Ghost Shark and, most recently, Trailer Park Shark. It was co-written by Furst and Jack Snyder, based on the novel Cold Moon Over Babylon by Michael McDowell, who also wrote Beetlejuice and a bunch of episodes of Tales from the Darkside. And among the top-billed actors is one Tommy Wiseau, famous (or infamous) for his film The Room. This might not jump out as a promising equation, but the sum of all these parts (and a few others to be discussed later) turns out to be an enjoyable, slightly flawed but still capably creepy supernatural thriller/horror film.

Cold Moon is set in 1989, in the small town of Babylon, Florida, the type of town where everyone knows everyone, and people smile and wave when you walk by. Our protagonists are the Larkin family: Jerry (Chester Rushing, Tommy from Stranger Things) is a hard-working young man trying to help his family get by; Margaret (Sara Catherine Bellamy) is in high school; and Evelyn (Candy Clark) is having some financial problems, but takes care of her grandchildren as best she can. It’s a pretty decent life, all things considered, until one day when Margaret doesn’t come home. Eventually her body is found, tied to her bicycle in the river, and everything comes crashing down for this poor family. But the thing about the spirits of murder victims is that they tend to want revenge, and are more than happy to stick around the land of the living until they get it.

The beginning of Furst’s movie plays out like a bit of a whodunnit? – we meet a variety of people around town, as well as a couple red herrings. Evelyn is convinced that Nathan Redfield (Josh Stewart, from The Collector), the head of the local bank, killed Margaret because he has threatened to foreclose on the Larkin property if they don’t start making payments. Then there’s Mr. Perry (Marcus Lyle Brown), Margaret’s teacher who she’s been helping after school. And when the coroner finds that she was four months pregnant when she died, the whole situation only gets worse. Unfortunately for all the mystery fans in the house, the guilty party is revealed before the halfway point, and so the second half of the film is more dedicated to flashbacks to answer some of our questions and a whole lot of ghost sightings/hallucinations that start to drive the killer mad.

Cold Moon has a bunch of good things going for it – good direction, a good story at its core, and some little surprises as we reach the finale. The rest of the cast is above average, with Frank “Check out the big brains on Brett” Whaley (Pulp Fiction) as Sheriff Ted Hale, the main investigator into the tragic events that have unfolded; Rachele Brooke Smith as Belinda Hale, the sheriff’s daughter; and Christopher Lloyd in a very small role as James Redfield, Nathan’s father and respected elder of the town. While Tommy Wiseau’s name is among the top-billed, if you blink anywhere during minute 11 of the film, you’ll likely miss him, as he is only in two brief shots, with no lines, and in the distance holding a snake.

The film also has a small handful of minor blunders, but luckily nothing big enough to cause the whole movie to crash and burn. While some of the creepier effects look pretty good, at times the CGI is a bit much (this, of course, would mostly bother people who hate CGI). As mentioned, the killer is revealed quite early on; while this helps get us right into the ghostly hauntings quicker, it takes away a lot of the suspense that might have built up had the reveal waited at least until the second act. There’s the occasional clunky line, or clunky delivery of a line, and a couple gaps in logic, but these are small complaints.

Cold Moon is an enjoyable film, one for fans of ghost stories, and arriving just in time for Halloween.