The Last to See Me – Book Review 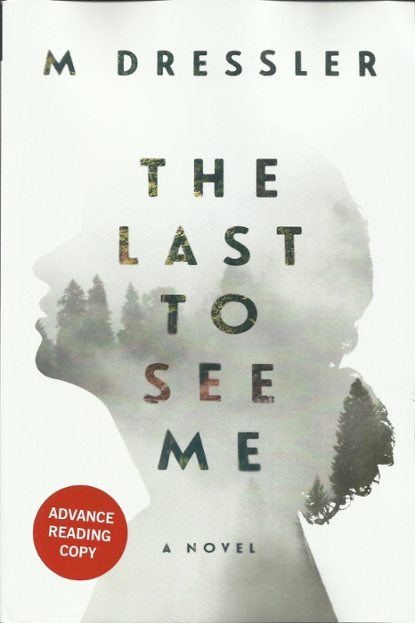 That old saw from Ecclesiastes 1:9 declaiming “nothing new under the sun” holds true—especially for writers. But M Dressler proves, arrestingly and without kowtowing to genre constraints, what really matters is execution. Calling The Last to See Me a ghost story would be akin to calling a Jaguar XJ “good transportation.”

Though sensitive (perhaps overly) to “spoiling” your process of discovery, I could in this case provide the complete synopsis without ruining anyone’s enjoyment. Such is the evocative power, and skewing of space and time, present in Dressler’s concise prose. The overall effect is astonishing—at once lyrical and ruthlessly human in chronicling the post- and pre-death life of Emma Rose Finnis, servant to the upper-class residing in a northern California logging town. Day-to-day survival for Emma and other young girls of her class is marked by hard work among the pandering (and occasional well-meaning) rich.

Sadly, even a strong, stoic life must end, but the ineffable churn of Emma’s dreams, lost love, and tenacity propel her soul into what—100 years hence—becomes worse than death: confrontation with a fiercely intelligent “hunter” hired to rid the Lambry mansion of Emma’s presence. Her post-life mantra becomes “Never make peace with the thing that’s trying to kill you.”

Some of the most chilling scenes pull us into ghostly Emma’s continuum, a neverwhere whose seeming atemporality can be peaceful, liberating, chaotic or intensely claustrophobic—often in a single scene: “When the living are near death I can hear their thoughts. … He’d gotten himself cornered, trapped, tricked, as he’d never been tricked in his whole life. He’d always known there were dangers, deep things in the world, but he’d always imagined he was in charge of them, in charge of the light and the dark. Now he could feel his wife sinking, being sucked away from him, down, down, down into the blackness. The feeling of her slippery, shredding skin under his nails. Was this dying, sliding thing even his wife? What are we, who are we? What’s left of us in the end?”

Dressler’s triumph lies in not only showing what Emma sees, but plunging us into her emotions and by so doing giving us—the living—a beyond-harrowing glimpse of what The End might mean.