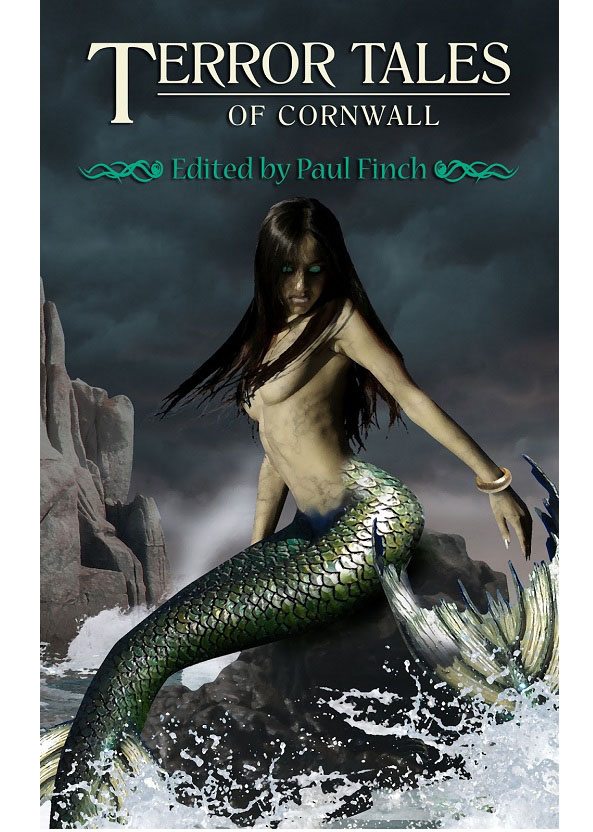 The successful British series Terror Tales, edited by distinguished writer Paul Finch, has now reached is tenth installment. The first nine volumes, including short stories taking place every time in different UK regions, had been published by small imprint Gray Friar Press, now, unfortunately, folded. Telos Publishing has taken over the task to continue to offer to its faithful readership yet another horror anthology, this time featuring dark tales from Cornwall.

The book assembles sixteen stories penned by a group of respected British authors who try their best to turn Cornwall into a veritable hell for both residents and tourists. Among the various stories some deserve a special mention.

“Trouble at Botathan” by Reggie Oliver is a very atmospheric piece unearthing dark secrets from the past, connected with a woody area in Cornwall, while “The Unseen” by Paul Edwards is a sinister story featuring an unemployed loser bewitched by a rare DVD showing violent deaths.

In the allusive and disquieting “Four Windows and a Door” by DP Watt, a family holiday gets spoiled by events linked to an abandoned, mysterious house on a cliff.

To me the highlights of the book are “We Who Sing Beneath the Ground” by Mark Morris, an excellent, breathtaking tale set in an isolated Cornish farm where a terrifying truth is lurking, and “A Beast By Any Other Name” by Adrian Cole, an outstanding, gripping story blending horror, the supernatural, and the atmosphere of a B&W film noir, all graced by terrific storytelling.