A Day at the Morgue with Corri English (Unrest) 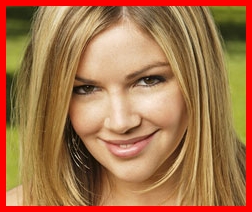 Ahhhh, Halloween is over and the seasons in Los Angeles are about to…what the hell am I talking about? Seasons don’t truly change here. This past Saturday, I had the pleasure of meeting with the ever beautiful and brilliantly talented star of the upcoming 8 Films to Die For select film, UNREST.

Corri English asked me to meet her at an old and abandoned morgue at an undisclosed location in Los Angeles for a nice personal tour of the creepy corridors.

Jack: Thanks for meeting me this morning at ummm…(looking around, I didn’t know how to describe this dark and morbid place).

Jack: Are we allowed to be here?

Corri simply smiles at me and proceeds into the dark corridor and I follow as any man would follow her.

Jack: Unrest is a deeply unsettling psychological affair that resonates after you see it. Did you know what you were getting into when you first read the material and how did you get involved with this project?

Corri: I was given the script and after reading it, I was intrigued…I would not normally gravitate towards a horror film but I loved the premise, I felt like it was a really intelligent script and I connected to the character of Alison immediately.

Jack: With the horror films from the last 65 years, what do you think is the importance of strong females within the genre?

Corri: There are a whole lot of horror films in which the role of the female characters is to scream, somehow become naked, and run around town before dying in some horrible and gross way…so I always love to see a strong heroine saving the boys’ butts!!

Jack: When it comes to horror, do you find yourself being scared easily?

Corri: I have always been squeamish about horror films. I am an eye-coverer for sure! Then I have to ask the person next to me why everyone is going “uhhh!!” I am particularly squeamish about eyeballs being impaled, I can’t ever watch that.

Jack: Do you want to tell the Horror Review your top five horror films from your youth to now?

Corri: Hmmm…when I was a kid the ones that scared me the most were The Lady in White, and a Disney film called Watcher in the Woods, oh, and of course Attack of the Killer Tomatoes, that was real nail biter!! Some of my favorites over the years have been Carrie, The Shining, Poltergeist, Alien, The Ring scared me to death, and I love The Exorcist!!

Jack: Cinema is transitioning and giving women more power and range within roles. But horror films still seem to have that cliché of women running around and being in jeopardy. Even with all of your male support in this film, was it strange to be the glue that held this film together?

Corri: I love the character of Alison Blanchard because, in the beginning of the film, she has vulnerability and even a bit of insecurity about her that is very relatable, but as these horrible things begin to happen she realized she has to take matters into her own hands. Over the course of the film she becomes this very strong woman who can kick some serious ass and is saving the guys – so I love the arc there. 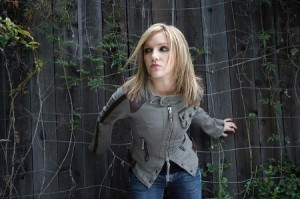 Jack: This film deals with a hot subject that no one seems to understand the mechanics of…what happens to one’s soul when they die. With that in mind, what is your take on the concept of this film?

Corri: I love that this film deals with a question that every human being asks themselves, but that no one can answer – even the professor of anatomy, who knows the inner-workings of the human body that seem so mysterious to others, has to acknowledge that there is an element there that cannot be explained with science. What does happen to a person’s soul when the body dies? No one knows – but what could it mean for the living when a soul becomes enraged? That’s where our film takes things…I’m guessing it’s not going to be pretty!!

Jack: Let’s talk about the shoot itself. You mentioned before that you guys were filming in a morgue…what was that like?

Corri: We shot our film in a real working morgue…now I had never been in a morgue before, so that in and of it self was creepy. There is this pungent smell of formaldehyde, and this instant sense of your own mortality. You quickly realize no matter who you are in life, one day you will end up in a place like this, on one of those cold metal tables! It was humbling.

Jack: I personally hate hospitals. Did you ever find yourself getting claustrophobic on the set?

Corri: Our film was shot inside the walls of a working hospital in Salt Lake City, Utah. And this is no ordinary hospital…there are a series of underground hallways connecting the various buildings, and they span 1.6 miles – there was a definite sense of claustrophobia. Not to mention that if you did not tag right along with the crowd, you could get lost very easily, and find yourself wandering those long hallways by yourself!

Jack: Rumors are flying all over the internet about the use of real cadavers and or parts in this film. Are these accusations true, false or you can say no comment?

Corri: I can’t say much about the use of real bodies in our movie – but what I will say is that, because we were in a real-live working morgue, there was no getting away from “real” if we had tried! In fact, Jason Ipson, our director, introduced the cast to our first real body right in the beginning by taking us straight into a room-size refrigerator where a recently deceased had been brought in and was awaiting an autopsy…needless to say it was not hard, as actors, to find the emotional reality of the situation.

Jack: With the current barrage of bad horror films and excessive gore and torture on screen, near the start of this film, it has you merely poking around a cadaver. To me that made me squirm like a kid…can you tell me a little about what that was like subconsciously?

Corri: I know I keep coming back to this, but the idea of how mortal we are as humans is such a theme – when you see a body that is flayed open, it is fascinating and terrifying. And while the idea of blood-sucking monsters under the bed is scary, to me, it is infinitely scarier to imagine what you can’t see – perhaps an unrestful soul lingering in a morgue…while you are shooting a movie about an unrestful soul lingering in a morgue?? Heehee!! Scary.

Jack: The body part filled water tank scene jars me. There’s a fine line in horror films where one can separate real from fake, yet that scene creeps me out. What was it like shooting that?

Corri: First of all, while the cadaver tank in the morgue seems like a stretch of reality, it actually is not. Jason, being a surgeon, was aware that cadavers are kept either on meat-hooks in a freezer, or in a cadaver tank full of a formaldehyde-type fluid. Most people don’t know this – and all Jason did is tell truth, it’s creepy enough without having to elaborate on reality! Our tank was built for the movie, and brought into the morgue – getting in and out of that tank and all of the sequences shot in there were by far the most grueling – physically and emotionally. The water was cold, then hot, we would get tangled in body parts, there were pyrotechnics going on around us – it was a bit scary!! One time I jumped out of the tank and totally busted my butt on the slick bloody floor, another time my bare foot came down on a wig pin (basically a thick needle about 4 inches long) that was holding some body parts together. But it was also very exciting and your adrenaline is cranking, so all in all it was a fun experience.

Jack: And the director used to be a surgeon…how does a surgeon turned director compare with a normal director?

Corri: As actors, the cast had a huge advantage in Jason being a real surgeon. Not only did we learn to hold the scalpel correctly and do a “blunt dissection,” but we could go to Jason to find out exactly what a young med student would feel in the situations we encounter in the film. It was invaluable and it was our best resource to making this film feel eerily real.

Jack: Any tidbits that the film going public may find interesting about this film that no one has mentioned before?

Corri: What people might not know is that Jason wrote this film based on his own experiences as a med student. He really did have an ability to “know” things before they happened, and was completely freaked out by it. And all kinds of weird, unexplainable things happened. This strange sense is ultimately why he turned away from medicine. 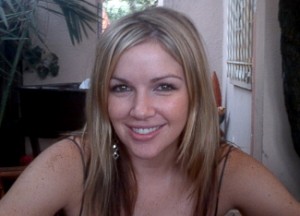 Jack: Horror films are prone to problematic shoots…did anything go awry during filming?

Jack: Probably the most important question, did you have fun delving into this ever-evolving genre of film? What did you like most of the project and is horror in your future?

Corri: I loved making this film. It was such a positive experience and I felt so lucky to work with the cast and crew we had – just a great group of people, who supported me as I was screaming one second and crying the next. I love how high the stakes are in a horror film, it gives an actor the chance to really dig into a role – I will definitely do more horror if the right projects come along. And I gotta say the horror fans are the coolest. I actually have a film coming out next year that’s a horror/comedy called “Killer Pad,” directed by Robert Englund, which was quite an experience for me because I was terrified of Freddy Krueger growing up – who wasn’t, right?

Jack: A final thought…what keeps the beautiful Ms. English up at night, scared out of her mind?

Corri: Hmm, what scares me? Well, I’ve had many fears over the years. Currently? …it’s pretty much being trapped alone at night in a morgue!!

Jack: Hahahaha…that would be creepy.

A DOOR SLAMS SHUT SOMEWHERE FROM BEHIND.

Jack: Corri, where did you go?