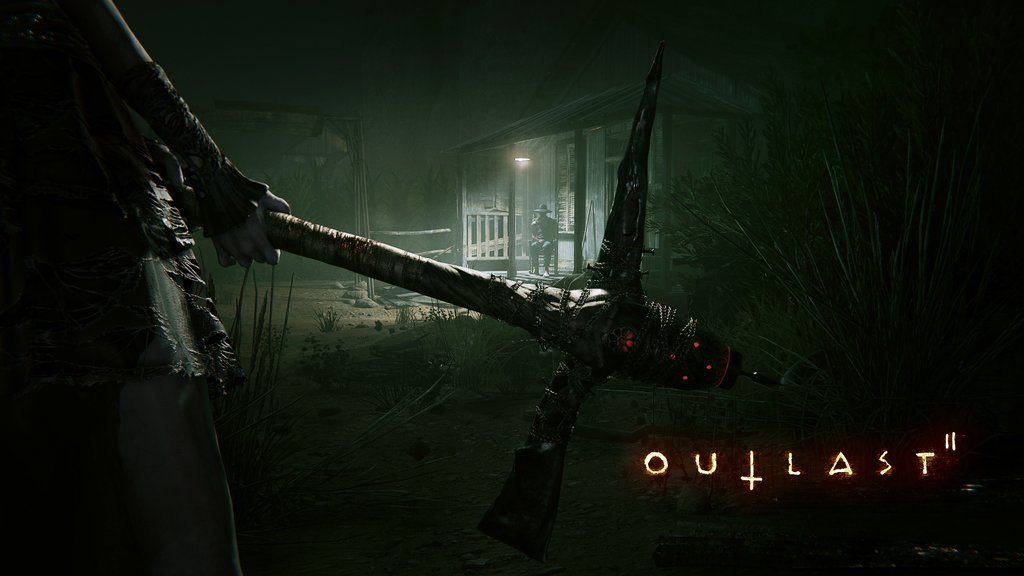 Warning: this game will not be for everyone. At its heart it has some hard things to say about faith and how it can be twisted. Some people may take offense at that. And then Outlast 2 seems to revel in pushing boundaries. Within the first 30 minutes of playing this game I had to walk through a gore-drenched nativity scene and then, literally, over a pile of small corpses. I say this now to warn you: this game pulls no punches. At all.

And I loved it for that.

Now it may not be for you, and I get that. But for me, I was constantly amazed at what this game did and where it dared to go. In this day where everyone is so concerned about offending people, it is nice and refreshing to see a story just go: “This is the tale we want to tell, it is dark and disturbing, but it is meant to be that way, and we’re not going to soften that up for you.” And let’s be clear, in my estimation it wasn’t overly gratuitous. It wasn’t shocking just for the sake of being shocking and nothing more. But it was going to tell the story it wanted to and damn the consequences. In some ways it reminded me of the wave of French extreme horror cinema we got in the mid-2000s like Martyrs or Inside. Were those movies too much for you? If so, then chances are this game will be too.

As for the game itself, if you played the excellent first Outlast, then you have a good idea what to expect here. If you haven’t, then allow me to explain a bit. In Outlast 2 you can run from the various enemies, hide from them, or die from them. You can’t fight back. Yes, sometimes it does seem arbitrary when there are countless shovels, pickaxes, and other makeshift weapons just lying around. But this type of gameplay is a direct response to all the “horror” games out there that give you a machine gun, a .44 magnum, hand grenades, body armor, countless first aid kits, and expect you to blast you way through any adversary you come across. Being a one-man commando force isn’t all that scary. Running for your life from some messed-up thing that wants to peel your face off is terrifying as hell. That’s what the Outlast games understand and get so right. It is why they have been so influential in the recent wave of horror games to come out. Did you like Alien: Isolation? A good part of Resident Evil 7? The beginning of The Evil Within? All the countless cheap Slenderman games? Then you have Outlast to thank for that.

In this sequel, it’s a whole new story and setting. You once again play a man armed only with a night vision-enhanced video camera that chews through batteries at an alarming rate. You are married to a reporter; you’re both looking into a story of a pregnant woman who died under mysterious circumstances, and are flying over the Arizona wilderness to do it. Naturally your helicopter crashes, your wife goes missing, and you’re left alone in the middle of a cult compound filled with homicidal true believers. You must uncover the mystery as to what the hell is going on, have some flashbacks to your own Catholic school upbringing, hopefully find your wife, and oh yeah, survive. Good luck with that.

Now not everything is 100% golden here. Sometimes the AI can vary wildly from too dumb and easy to avoid to, more often the case, super heat-seeking radar guided missiles of inescapable death you can’t hide from no matter what you do. Then there is your character, Blake, and how sometimes the littlest obstruction lying on the ground will stop him as assuredly as the Great Wall of China would. Some obstacles you can vault over or get around, other smaller ones you can’t, and there’s no rhyme or reason to their level of blockading you. And when you are trying to escape some horror only to get hung up on some little bit of nothing and die, you won’t know horror or terror, only raw, furious frustration. But the autosave feature in Outlast 2 is generous and really, in the grand scheme of things, such things are minor when compared to all the things this game gets right.

Once more it should be stressed that Outlast 2 might not be the game for everyone. There is gore, excessive violence, profanity, twisted sexuality, sexual violence, blasphemy, suggested (thank goodness) violence towards children, and more. But if you want to play a game that goes out of its way to actually scare you in all the various ways: gross-outs, jump scares, confronting taboos, and good old creeping dread, then this might be the game you’re looking for. Outlast 2 legitimately scared me more than a few times and left me feeling a little uneasy. I loved it, so consider it highly recommended.