Omar Epps Has Joined The Cast Of ‘Trick’ 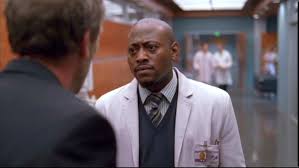 Principal production has begun on the horror thriller, Trick. The Patrick Lussier-helmed feature is now shooting with Omar Epps stepping into the main role of Detective Mike Denver, a man obsessed with a killer that has eluded him.

Epps has starred in over 20 films in a career spanning two decades. Most recently, he starred on USA Network’s “Shooter” and 2018’s hit film Traffik alongside Paula Patton.

Trick also stars Ellen Adair (Showtime’s “Homeland” and “Billions,” USA’s “The Sinner”) as Sheriff Lisa Jayne, the sheriff in the small town of Benton who has always considered Detective Denver as her mentor. Cheryl Winston, the only survivor of the latest round of killings in her small town, will be played by Kristina Reyes (“Blindspot,” “Shades of Blue”). Talbott is played by frequent George A. Romero collaborator Tom Atkins and Jamie Kennedy (Scream 1-3, Malibu’s Most Wanted, Romeo + Juliet) will play Dr. Steven. Principal photography for the film is taking place in New York.

Producer Ellen Wander, (Misconduct, Spinning Man, Marshall) stated, “We are thrilled to get into production with Omar and Patrick and can’t wait to have this film be seen by audiences everywhere.”

The story centers on an elusive serial killer, who descends upon a small town annually. He is responsible for gruesome murders year after year, each seemingly unrelated. No one believes this could be the same killer. Detective Denver has faced Trick once before, having -shot and killed him. Or so everyone keeps telling him. However, Denver knows Trick is still out there, and he’s coming back for revenge.

Lussier’s lengthy list of horror credentials began while working alongside Wes Craven in some of the genre’s biggest hits including the ground-breaking Scream franchise, Red Eye, New Nightmare and Vampire in Brooklyn. Lussier directed and co-wrote My Bloody Valentine, Drive Angry and was a writer and producer on Terminator Genisys.

Writer Todd Farmer has a long history in the horror genre including Jason X, and The Messengers and has worked previously alongside Lussier co-writing My Bloody Valentine and Drive Angry.