Interview with Brent Ryan Green, Director of ‘The Veil’ 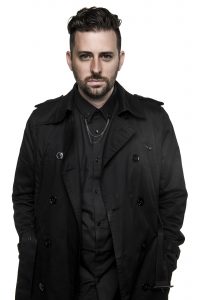 Opening in theaters next week (August 18), The Veil is a sci-fi actioner about a deadly warrior (William Levy) leading a destructive war campaign. When he is betrayed by his own and left for dead, he is healed by a mysterious princess and taken in by a hidden tribe that believes he was chosen to wage a final battle.

Beautiful-looking film – what did you film it on?

We used the Red Epic.  Our DP Tom Marvel and I spent a lot of time working on the look of the film.  We were very happy with the way it turned out.

Was it important to you that the film have as much substance as it did style?

Of course.  Style without substance is nothing.  The story is everything and on The Veil that was the most difficult part of the project.  We were really ambitious with the story and trying to pull something off that grand on a limited budget.

One can only imagine that fantasy classics of the ‘80s left quite an impression on you?

Not really.  Growing up I didn’t watch many films.  It wasn’t until by chance I got the opportunity to work on a film while in college; that’s when I caught the film bug and subsequently got into watching films.  Of course I went back and watched a lot of the classics, but there still are a lot of films I have not seen.

Did you always intend on directing?

Not at all.  When I worked on my first feature film I thought my business background might make me a good producer.  After working for five years I was finally able to produce my own project.  After doing that project which was called En Tus Manos and shot in Colombia,  I thought directing might be something I would like to try.

Where did you shoot?

The Veil was shot on location in Oklahoma.  Out of the 25 days of shooting only two were interior sets.  So it was a very tough shoot.

Any hiccups during the production?

There are always things that pop up.  Like losing a location or not being able to get enough extras to our remote locations.  The biggest thing was just trying to tell this type of story on a limited budget.   Building a world from scratch we could have used a lot more money, but it forced us to be really creative and stretch every dollar.

What a great cast – how did you get William Levy and William Moseley involved?

The writer and producer of the film, Jeff Goldberg, had known of William Levy and wrote the role for him.  William Moseley was suggested to us and no else understood the script the way he did.  He got the deeper meanings and what we were going for.   After talking to him for five minutes we knew we needed him on the team.

And you’ve a terrific female lead…

Yes, Serinda Swan is the best.   Total bad ass and at the same time very sweet. 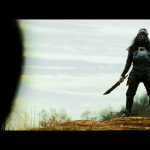