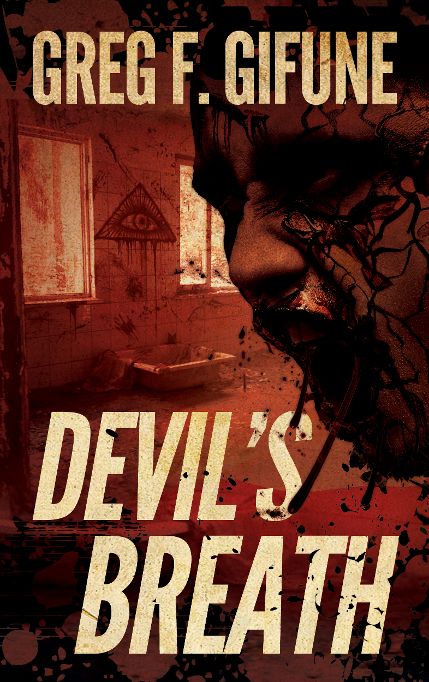 I’m really happy to see JournalStone get Devil’s Breath back in print because I didn’t get a chance to pick it up when Dark Fuse originally published it in 2015. If you haven’t yet had a chance to check out Greg Gifune’s work, you owe it to yourself to pick up one of his novels, and Devil’s Breath is a good place to start—this is a not-too-long standalone novel that showcases Gifune’s talent to very good effect. I’ve been fascinated by Greg Gifune’s writing ever since I read The Bleeding Season, which was filled with so much dark, brooding emotion and a palpable sense of menace that I’ve sought out as many of his other works as possible to recapture that feeling. I wasn’t disappointed with Devil’s Breath.

See if the novel’s premise doesn’t grab you:

Stanley Falk is a dishwasher in a tourist town near Cape Cod. He’s had a rough life and has clearly done some bad things that he regrets. Stan is mostly friendless and clearly an alcoholic. At the outset of the novel he’s beset by terrifying nightmares and is near-suicidal. One morning Stan awakes to find that his memories of the previous night have evaporated and his life savings are gone. Several people tell him that they saw him doing things the previous night he knows he didn’t do. All Stan has left are horrific dreams of blood, torture, a dark god, and a distant planet. Stan needs to find out what happened to him and why someone would try to destroy what’s left of his life. His search for answers leads him (and the few friends he has left) on a collision course with powerful forces that have a great deal more control over him—and quite possibly everything else—than he could have imagined. Given the importance of memories to the story, it’s not surprising that Stan’s own dark and violent past catches up with him as well.

I don’t want to say more about the cause of Stan’s problems or what the resolution of all this is—solving that mystery is the core of the novel. I will just say that Gifune takes the reader on a journey that goes in a completely different direction than I had anticipated. This is not just the story of a down-on-his-luck guy getting blackout drunk and doing a few things he doesn’t remember. This is a story of cosmic horror and dread that impacts not just Stan and the people he encounters, but everyone and everything on Earth.

Gifune is an excellent writer with a gift for prose, characterization, and plot. He has a knack for describing characters in just a few sentences that really capture their essence. The plot was fast-paced and I found myself zooming along, eager to turn to the next chapter. Tone was grim and gritty, but with a dark beauty that doesn’t descend into nihilism—while you eventually realize the characters are trapped in circumstances they are likely powerless to overturn, you genuinely care about them. It’s also a thought-provoking novel that made me think about the nature of existence and the idea of horror hiding in plain sight. It’s rare to see all of that in a single novel, but Gifune is a deft wordsmith. I’m a pretty jaded reader of horror, but even I had some twinges of fright and menace with this one. I enjoyed Devil’s Breath immensely and recommend it highly.