This Summer, Expect A ‘High Moon’

Sharpen the axes and load the silver bullets! Things are about to get messy when a cowboy gunslinger awakens in modern day – just in time to take down a gang of vicious werewolf bikers.

HIGH MOON is “BLADE from the old west,” inspired by the classic ‘80s / ‘90s camp creature features from John Carpenter and Fred Dekker.

Colt (Chad Michael Collins)—a gunslinging werewolf slayer from the old west—mysteriously rises from the grave, only to find that the band of werewolves that brutally murdered his wife is still running rampant generations later. Aided by a beautiful widow (Chelsea Edmundson), a skeptical town sheriff (Matthew Thompkins) and a corrupt Mayor (Sean Patrick Flanery), Colt must face off with the bloodthirsty creatures once again to save a sleepy southern town from destruction.

HIGH MOON has a summer DVD release planned, plus a comic book series and a digital/television series in development. Keep up with the latest by following any of the official social media accounts: 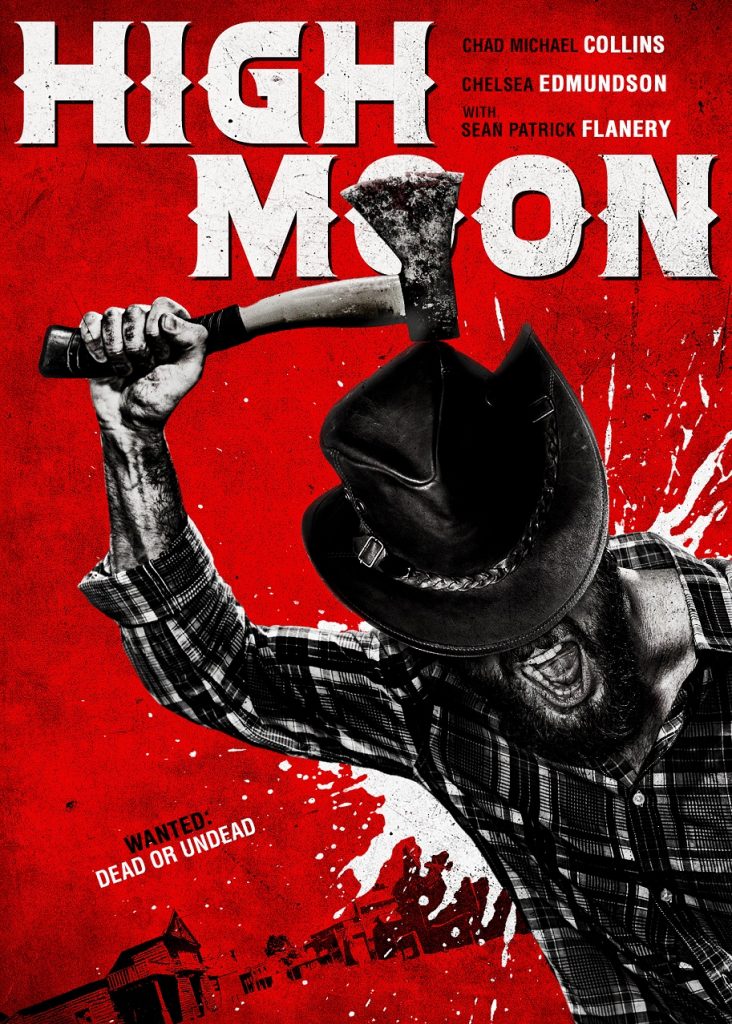